The purpose of the exhibition was to showcase the most important finds arising from several decades of archaeological investigations in the eastern Adriatic on the part of Italian, Croatian and Slovenian archaeologists. Conceived within the scope of the annual Riunione Scientifica dell’Istituto Italiano di Preistoria e Protostoria (Scientific Meeting of the Italian Institute of Prehistory and Protohistory), the exhibition was held under the patronage of the President of the Republic. An introductory section displayed finds discovered by the Archaeological Museum of Split following excavations on the most remote island of the Adriatic, Pelagruza, recalled by the writer Paolo Rumiz in his series Racconti Estivi (Summer Tales) published in the Repubblica in the summer of 2014. The discovery of fragments of pottery dating back to 6000 BC on the island provides exemplary proof of nautical navigation during the period, a period so historically remote in time. While relatively small, the Adriatic is nonetheless a particularly perilous sea to navigate, as yachtsman Andrea Stella explained in a film interview accompanying the exhibition. If it is difficult and dangerous today, we can only imagine the challenges it posed back then when it was crossed by dugout canoes equipped with rudimentary stabilizers. 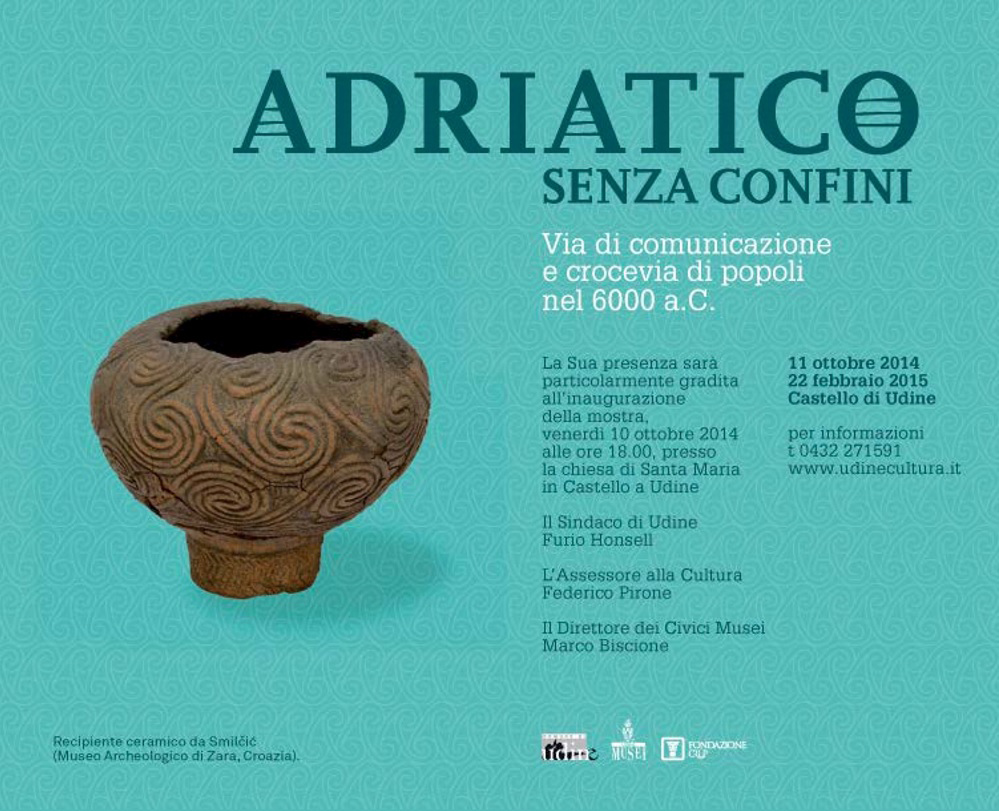 The exhibition provided the opportunity to marvel at, admire, and compare archaeological artifacts of considerably ancient provenance and yet, despite their age, remarkably modern in both form and decoration. It is in fact during this time that man progresses from hunter-gatherer to farmer and animal breeder and begins to make his first clay vessels. While those produced around 6000 BC are primitive and simply decorated with shells around the rim, those produced but 400 years later are intricately decorated with curvilinear motifs. The exhibition, the first in the Museum’s history to provide complete disability access, also offered guided visits in English, German and Slovenian, provided by the Museum’s education team.