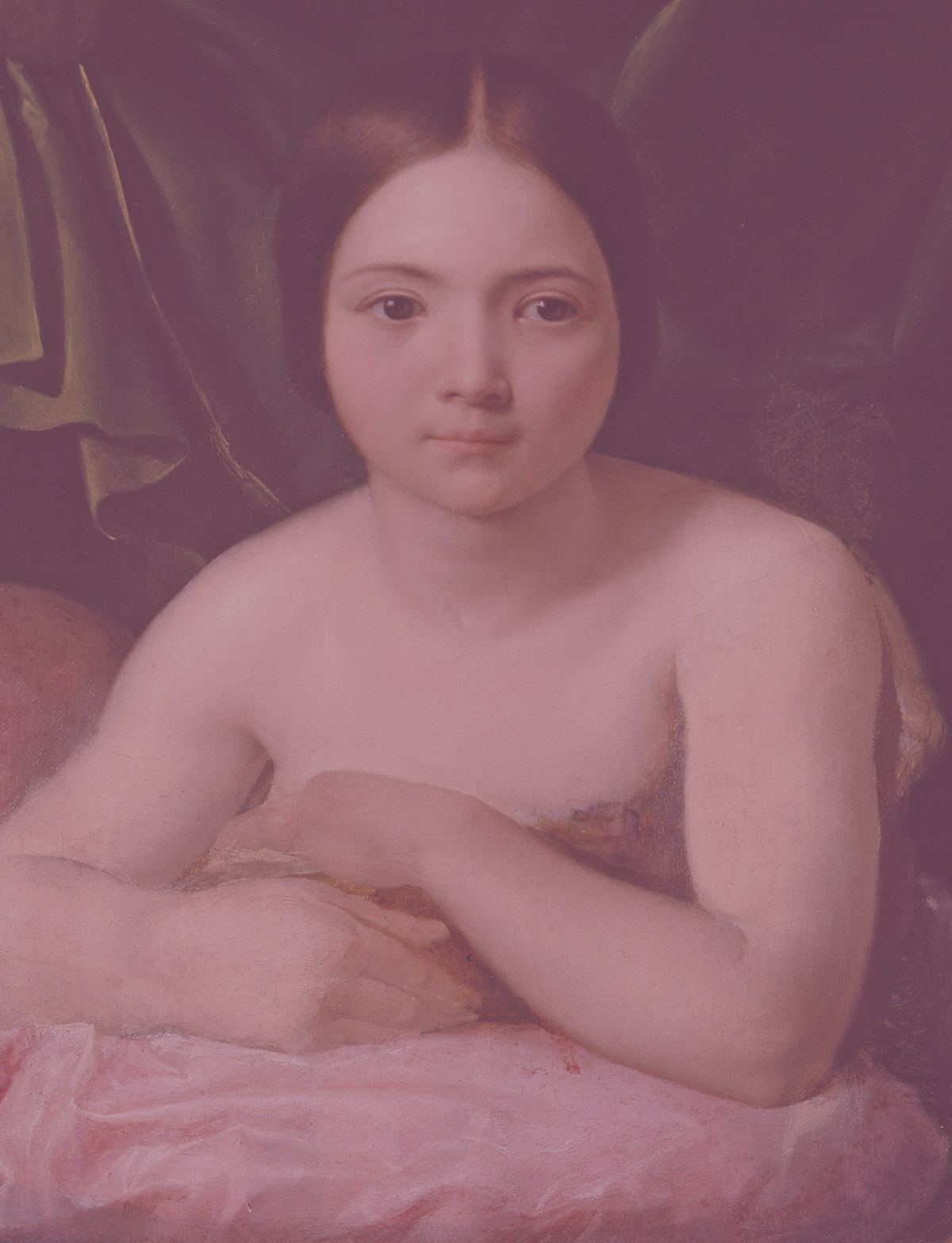 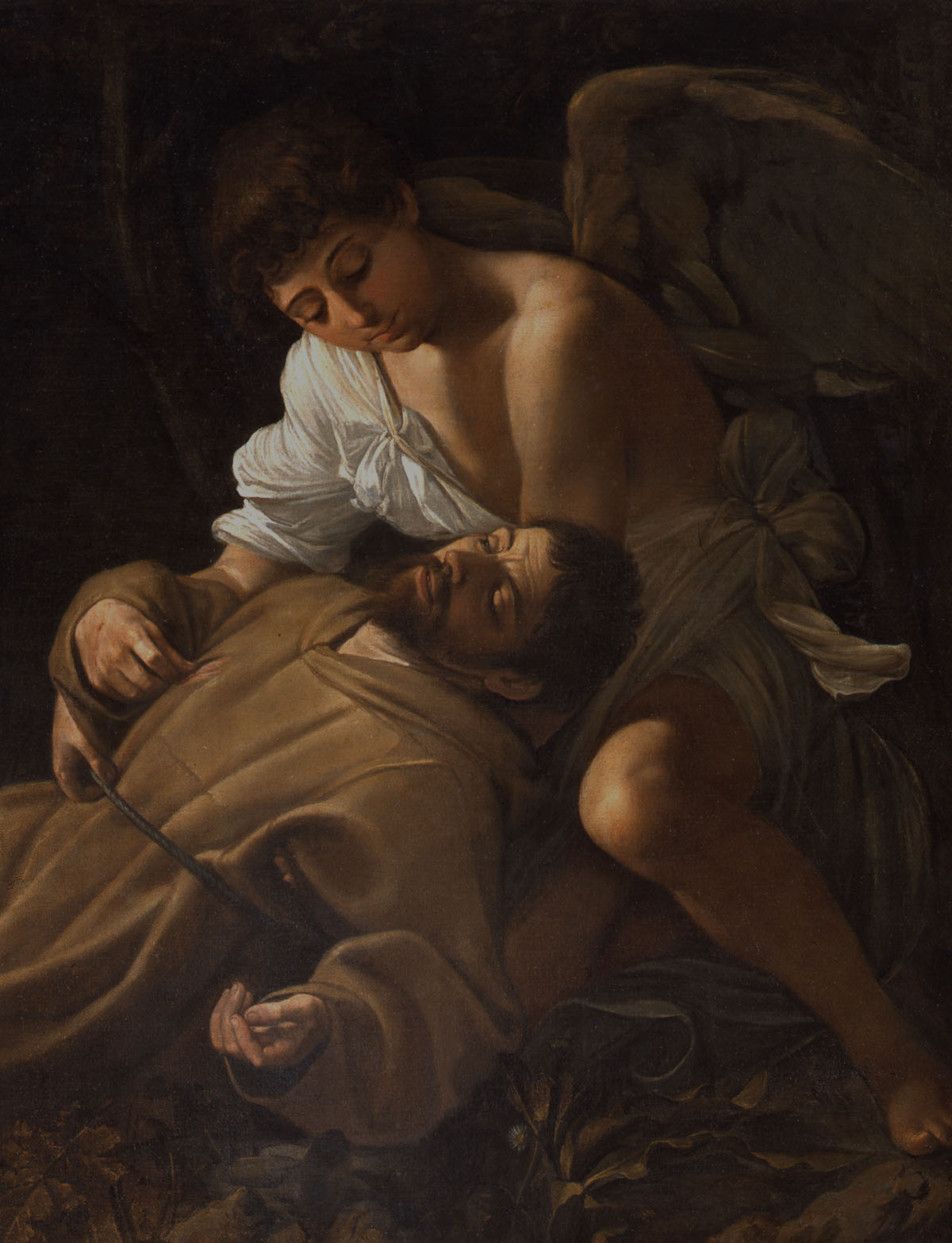 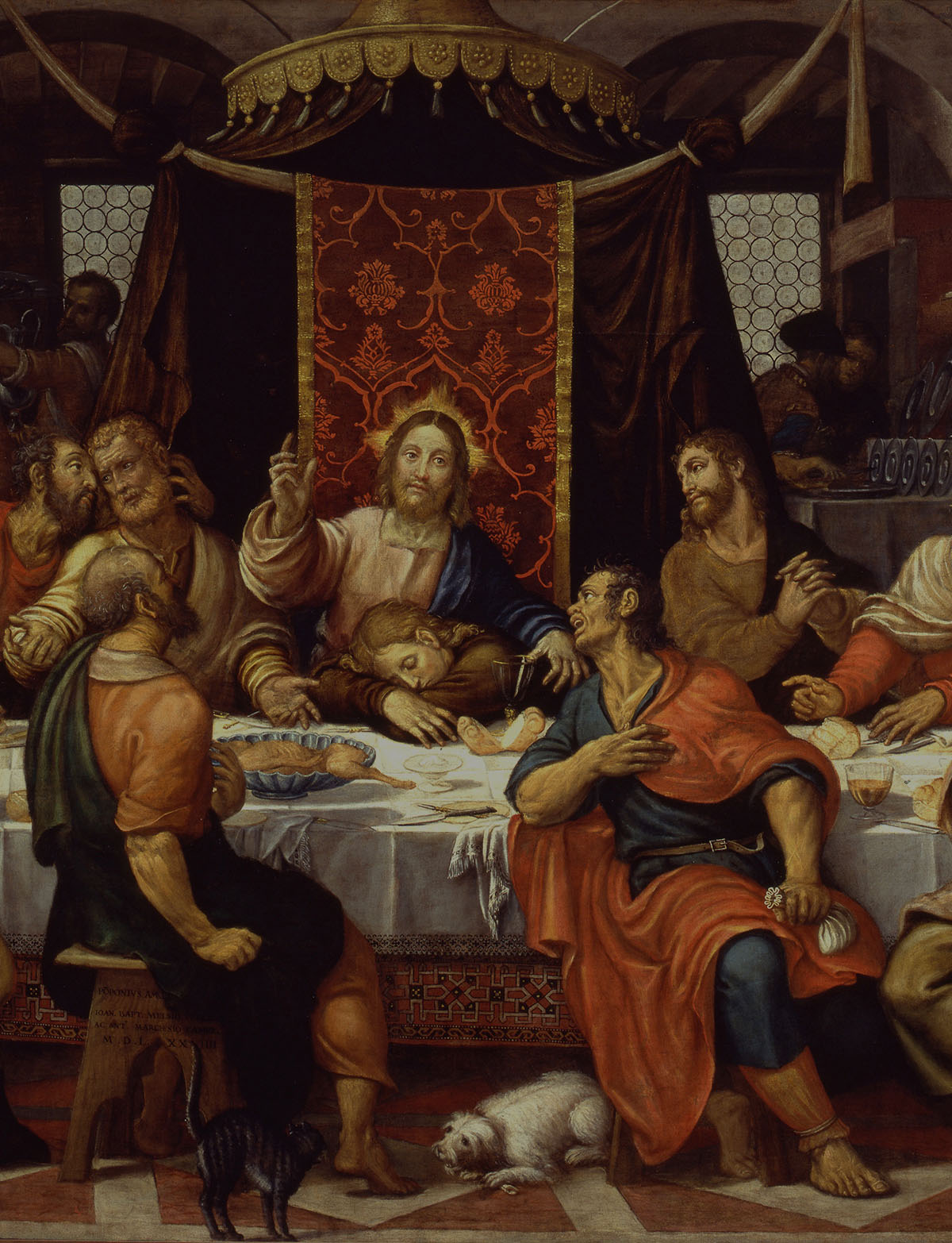 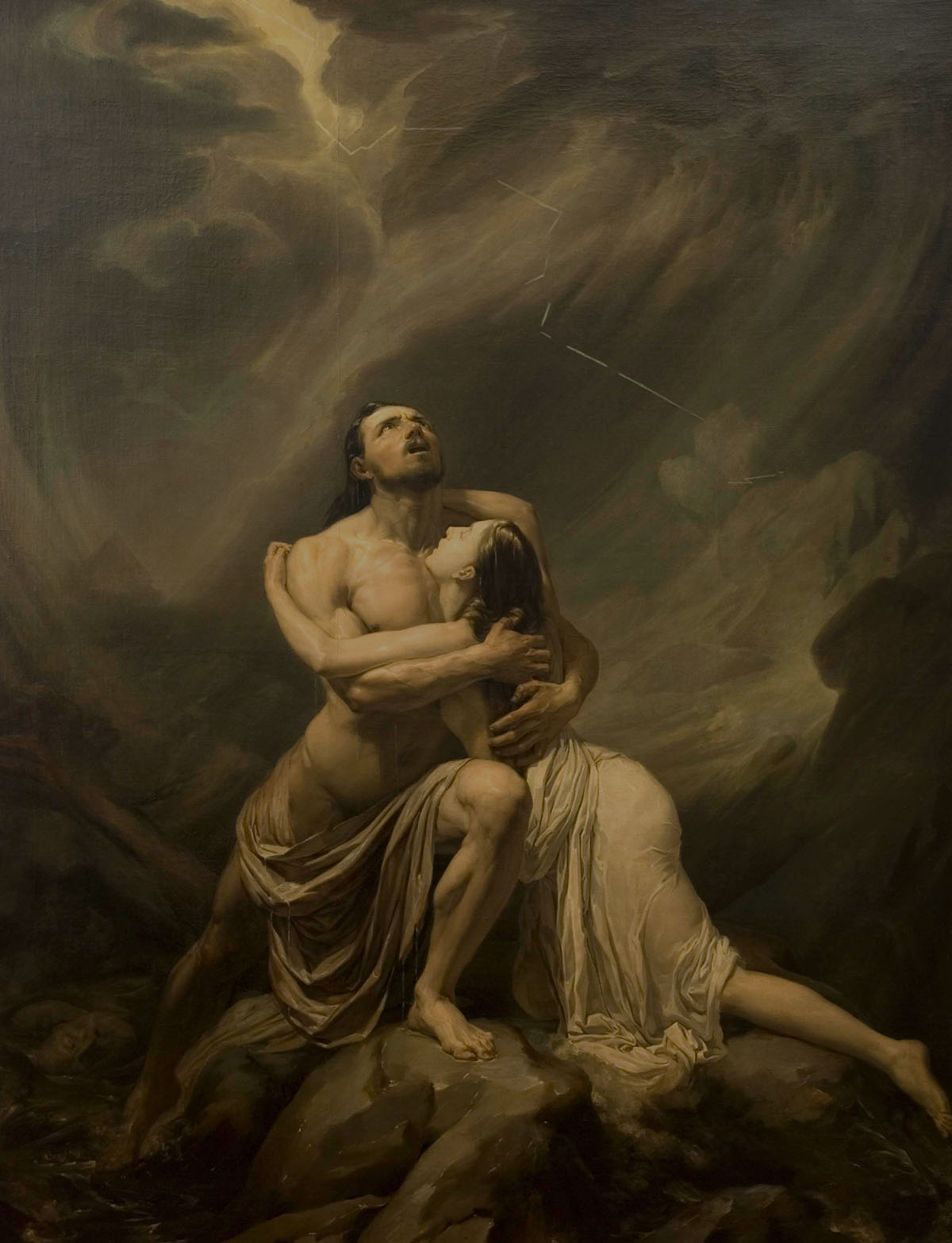 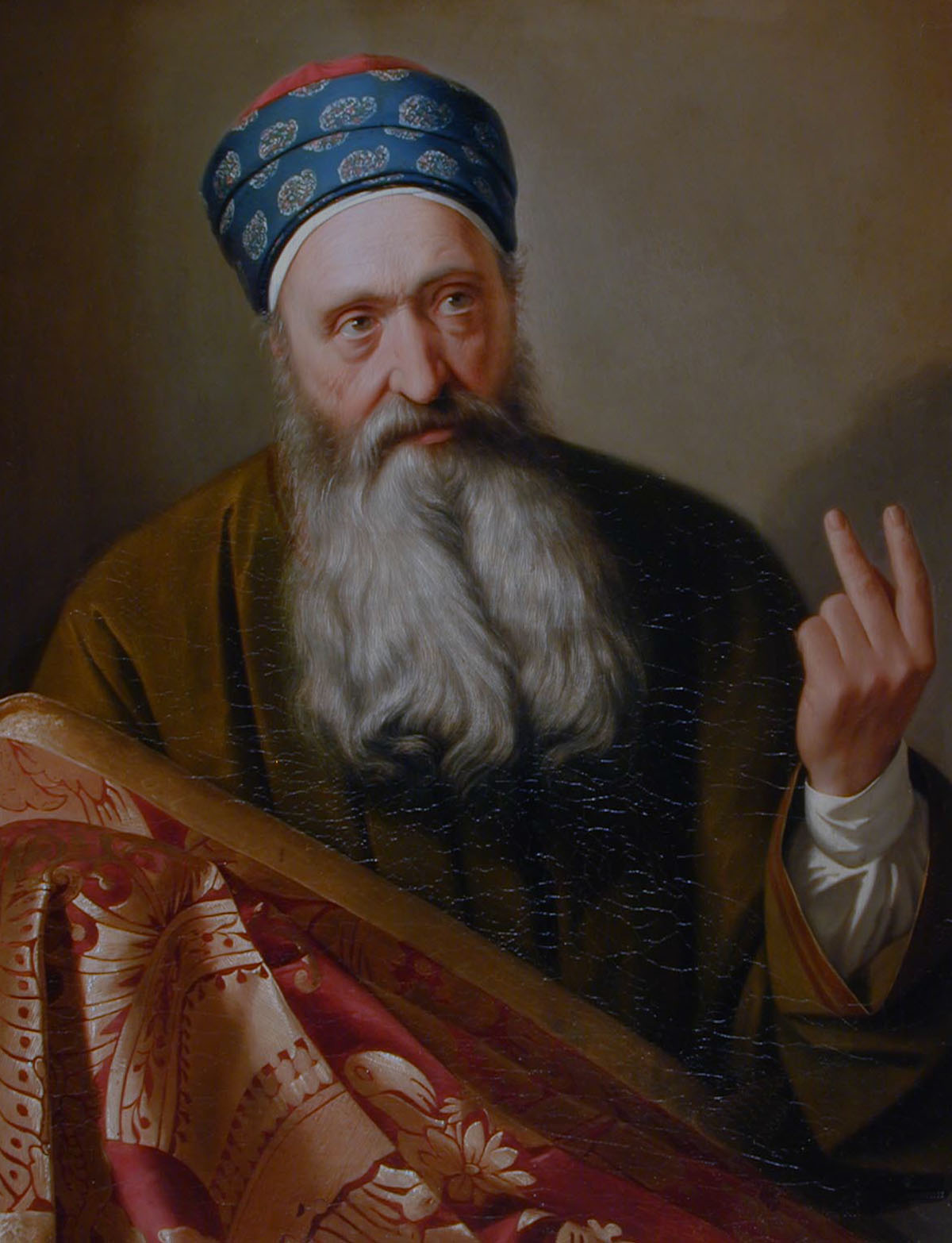 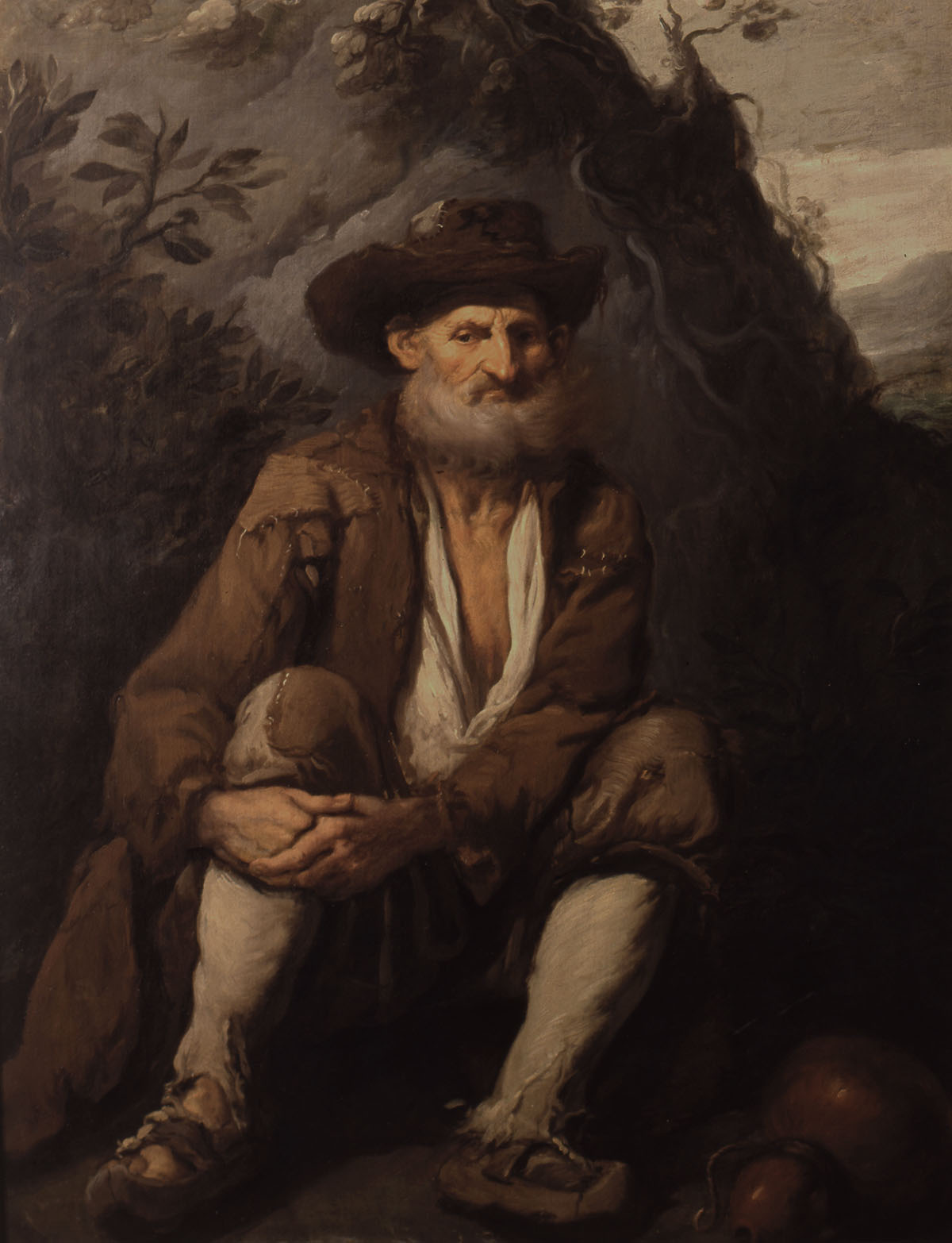 The Galleria d’Arte Antica (Gallery of Ancient Art) was established in 1866 and forms an important part of the Castle Museums. Located on the first floor, it comprises thirteen rooms, the last of which is used for temporary exhibitions.

The works exhibited form a largely homogeneous collection, most having been produced by local and Venetian artists from the second half of the fourteenth century to the early nineteenth century. However, there is also a significant number of paintings deriving from other regions and European countries.  These masterpieces are of indisputable value and greatly enrich the city’s collections.

Divided into two adjacent exhibitory spaces, the room displays works from the latter half of the fourteenth century. Up until the mid-1300s, painting in Udine was strongly influenced by the presence of artists from Bologna and Rimini whose work echoed the style of Giotto’s Paduan paintings. However, following the arrival of Vitale da Bologna in Udine in 1348, virtually all local artistic production came to be influenced by the Bolognese painter’s narrative style.

Among the works on display exemplifying this influence and that of the nascent International Gothic style, there are fragments of frescos depicting courtly and chivalric scenes, which were discovered in the Loggia of the old town hall and the house of Antonini Perusini in the city centre.

The paintings exhibited here were realized in the period between the end of the 14th and beginning of the 15th centuries and include examples from the Venetian School as well as paintings from Central Italy and the Nordic countries, testifying to the diversity of Friuli’s figurative painting culture at the turn of the century.

Displayed alongside the paintings there are also some exquisite terracotta and painted stucco tabernacle frames from Tuscany, which belong to the Mauroner collection.

These examples provide a valuable key to understanding the evolution of Friulian painting between the late 15th and early 16th centuries, as exemplified on the one hand by the altarpiece dedicated to Santa Lucia, realized ​​by Domenico da Tolmezzo for the Cathedral of Udine in 1479 - a work combining late Gothic elements with Renaissance architectonic innovations - and on the other by Vittore Carpaccio’s  consummate masterpiece Christ between Four Angels realized in 1496 for the church of San Pietro Martire in Udine. The altarpiece, one of the tallest produced by the Venetian artist, was to become a model and source of reference for local artists.

The ample dimensions of this room have made it possible to exhibit some particularly large works by influential local artists who helped chart the course of Friulian Renaissance art: Andrea Bellunello, represented here with a large-scale canvas realized in 1476 for the Town Hall council chamber; Pellegrino da San Daniele, with a work conceived for the organ shutters in Udine Cathedral and his painting L’Annunciazione (1519); Giovanni da Udine, with a bas-relief stucco originating from his home in Via Gemona,  and Pomponio Amalteo with his depiction of The Last Supper (L’Ultima Cena) painted in 1574 for the Cathedral of Udine. Alongside these great masters there are two paintings by Alessandro and Giambattista Maganza, painters of the Venetian school, whose works reveal a familiarity with the work of Veronese and Tintoretto.

The fifth room displays works by Friuli’s greatest Renaissance artist, Giovanni Antonio de Sacchis, otherwise known as Il Pordenone after the city of his birth. The grandiloquent poetry of his work was to have a major influence on his contemporaries, most particularly Pomponio Amalteo, represented here by his painting depicting The Ecstasy of St. Francis, realised between 1555 and 1565. Pordenone himself is represented by the fresco Madonna con Bambino (Madonna with Child), conceived in around 1516 to decorate one of the walls of the Loggia del Lionello in Piazza Contarena, and by the lunette l’Eterno padre (Eternal Father) realized in 1527 for the Convent of San Pietro Martire.

This room illustrates late sixteenth-century painting with works by national and international artists. These include: a large ceremonial painting by the Venetian Palma il Giovane entitled La dedizione di Udine a Venezia, depicting Udine’s  allegiance to Venice, which was commissioned by the city of Udine in 1595; a nativity scene (Natività) by the Florentine Michele di Ridolfo Ghirlandaio, and Giudizio di Paride (Judgement of Paris) painted in the style of Raphael by the Spanish painter Juan de Juanes.

This room presents works from the second half of the sixteenth and first half of the seventeenth centuries and includes examples by both Italian and foreign artists. Here, visitors can admire S. Francesco che riceve le stigmate (St. Francis Receiving the Stigmate) by Michelangelo Merisi da Caravaggio, which has been the subject of recent studies seeking to verify its authenticity. There are known to be five copies of the subject in question, of which the original by Caravaggio, The Ecstasy of Saint Francis, is held in the Wadsworth Atheneum in Hartford, Connecticut. Recently however, critics have contended that the painting exhibited in Udine may in fact be a copia conforme, which is to say, identical in size and iconography, and painted between 1606 and 1607. The duplication of Caravaggio’s works, which had already begun when the master was still alive, is a common phenomenon that helped fuel his fame and fortune and the spread of the style known as Caravaggism.

Having passed through the Salone del Parlamento, one reaches the west wing of the Galleria, where the itinerary resumes with works from the 17th to the first half of the 18th century. The room boasts paintings by two of the most important interpreters of the Baroque aesthetic in Friuli, namely Antonio Carneo and Sebastiano Bombelli.  The former is represented by several true masterpieces testifying his considerable technical and compositional skill, while the latter, Bombelli, is represented by some splendid portraits and self-portraits. Also worthy of mention are the portraits of the Genoese school depicting noble men and women, skillful studies rendered with meticulous attention to detail, particularly in the psychological description of the faces.

Room 9 is dedicated to seventeenth-century Venetian works, and includes a comprehensive overview of paintings realized by so-called “foresti” (foreigners), which is to say artists not originating from Venice who contributed to the artistic resurgence of the city following a period during which it was not particularly fertile, artistically speaking. One such example is Berenice, a portrait by Bernardino Strozzi, realized during his Venetian period. Indeed it was Strozzi who, together with Fetti and Liss, helped revive Venetian painting, which had seen little innovation since the period of the great sixteenth-century masters.

Here one finds the famous map of the city (Pianta della città di Udine), realized towards the end of the seventeenth century and attributed to Joseph Heintz the Younger, as well as several works by Giambattista Tiepolo, protagonist par excellence of the seventeenth century Italian and European cultural scene. The Venetian artist was a frequent visitor to Udine in the period between 1726 and 1729 and again in 1759, receiving a number of commissions. Among the works on display, there is the painting Virtù e la Nobiltà che sconfiggono l’Ignoranza, which originally decorated the ceiling of the main room on the first floor of  Palazzo Caiselli, in Udine. The painting, Consilium in arena, realized by Giambattista with the collaboration of his son Giandomenico, is a work of great originality. Commissioned to illustrate a local historical event that took place in 1748, it accurately represents the plea made by local nobleman, Msgr Antonio Montegnacco, to the council of the Order of Malta requesting that he be enrolled as a member.

The examination of works from the seventeenth and eighteenth centuries continues in room 10, where one can admire a large number of paintings realized by different artists, all of the Venetian school. These include an elegant and airy landscape, Paesaggio, by Sebastiano and Marco Ricci, a laudatory portrait of the Doge Manin by Pietro Longhi and a tender representation of San Vincenzo Ferreri by Giandomenico Tiepolo.

This entire room is devoted to the work of Nicola Grassi, a local painter originally from Formeaso di Zuglio, in Carnia.  A major exponent of Friulian eighteenth-century painting, he moved at a very young age to Venice, where he developed his own personal artistic style characterised by elegant figures with high foreheads and very prominent eyes. Unable to sever his ties with his homeland, Grassi left a testimony of his work in many of Carnia’s churches.

The final room, which concludes the tour of the Galleria d’Arte Antica, is also used as a venue for staging thematic exhibitions. Among the paintings on display, all of which date back to the first half of the nineteenth century, those by the local Udinese artist, Odorico Politi merit special mention. Considered to be the most important painter in Udine during the period, Politi was a celebrated exponent of neoclassicism, which was already beginning to show Romantic tendencies, as evidenced in the work of the Udinese painter Filippo Giuseppini, a pupil of Odorico Politi, whose evocative 1836 work Il diluvio (The Flood) is represented here.

Located in the central area of the castle’s first floor, the Salone del Parlamento, so-called because it was once the meeting place of the parliament of the Patria del Friuli (an advisory body made ​​up of members of the clergy, the nobility and the local community) offers a veritable cornucopia of works exemplifying Friulian painting from the mid-sixteenth to the end of the eighteenth century.  The walls of this particularly ample room are decorated in their entirety with frescoes conceived ​​by Pomponio Amalteo, Gian Battista Grassi and Francesco Floreani between the late sixteenth and late eighteenth century. Celebrating both secular and religious themes, the ​​frescoes also allude to the role of Udine and the Patria del Friuli in the context of the Venetian Republic. The frieze that runs along the southern wall echoes in spirit the armed parade realized by the aforementioned Floreani and is the work of Giovanni Battista Tiepolo, as are the four pairs of putti depicted above the oval window holding a clipeus shield.